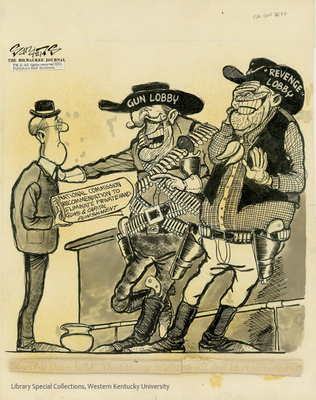 On January 8, 1971, the National Commission on Reform of Federal Criminal Laws released a report that called for the registration of all firearms and for a ban on “the production and possession of, and trafficking in, handguns, with exceptions only for military, police and similar official activities.” Advocates said outlawing handguns would lower “crimes of violence and accidental homicide” because they “are distinctively susceptible to criminal and impetuous use, and … are not commonly used for sporting purposes.” Opponents believed that banning them “would be unenforceable” and that it “will not reduce the incidence of violent crime since criminals will probably still be able to obtain them.”

The final report also recommended keeping capital punishment as a sentencing option “if the defendant is convicted of intentional murder or treason.” Opponents noted that capital punishment “falls unequally on rich and poor, black and white” and the “extreme difficulty of defining criteria for the imposition of the death sentence.” Proponents maintained that the sentence “serves to express the special horror of the community against the ultimate crimes.”