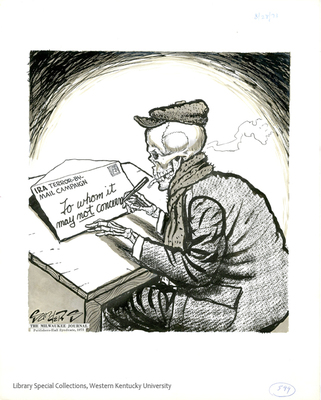 The Irish Republican Army (IRA) took its campaign of terror to England in July and August 1973. Members planted bombs at railway stations and in department stores across London and sent letter bombs to governmental and institutional targets. Secretaries at the House of Commons and the London Stock Exchange were injured after handling mail that contained letter bombs, and the IRA even sent one to the British Embassy in Washington D.C. News reports during this period tallied 30 letter bombs in London in one week and 70 injuries and three deaths over a two-month period. In response, British authorities issued the largest bomb alert since World War II.