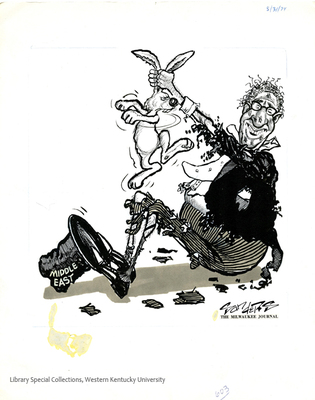 In 1974, U.S. Secretary of State Henry Kissinger mediated the settlement of the 1973 Arab-Israeli War. Over eight days in January, he engineered a compromise between the Egyptian and Israeli governments that saw the disengagement of their forces along the Suez Canal (Sinai I). Four months later, in a 32-day period, he made frequent trips between capitals in the region and negotiated the establishment of a buffer zone on the Golan Heights between Israel and Syria. During this period, the media began referring to his negotiating style as “shuttle diplomacy,” a phrase that remains in use today. One year later, Kissinger brokered a second agreement between Egypt and Israel (Sinai II).