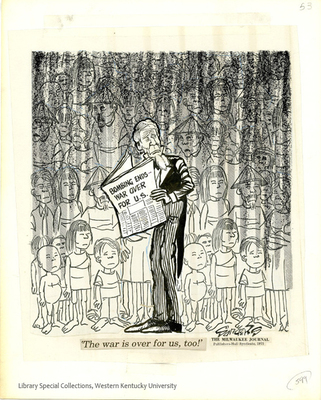 On June 29, 1973, the U.S. Congress and President Nixon reached an agreement that ended funding for combat operations, direct or indirect, in Southeast Asia on August 15. Analyses of figures released by the Pentagon indicated that between 1965 and the cutoff date the U.S. military had dropped somewhere between 7.4 million and 9.7 million tons of explosives on North and South Vietnam, Laos and Cambodia. Estimates of the tonnage used in Cambodia since the January Vietnamese cease fire ranged from 240,000 to 300,000 tons. In comparison, one news outlet reported that 2.05 million tons were dropped during World War II and 635,000 in Korea.