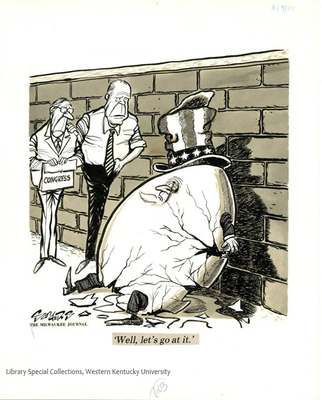 Vice President Gerald R. Ford was sworn in as the 38th President of the United States on August 9 at 12 noon Eastern Daylight Time. In his address to the nation, Mr. Ford referred to the Watergate scandal as “our long national nightmare” and noted that “Our Constitution works. Our great republic is a government of laws and not of men. Here, the people rule.” In closing, President Ford asked that the country “restore the Golden Rule to our political process” and that Americans pray for President Nixon and his family. “May our former President who brought peace to millions find it for himself.”