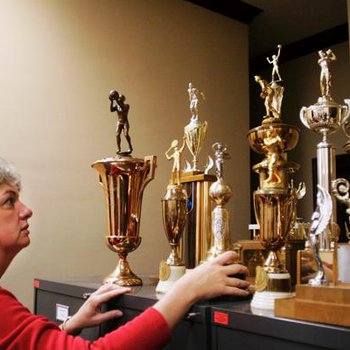 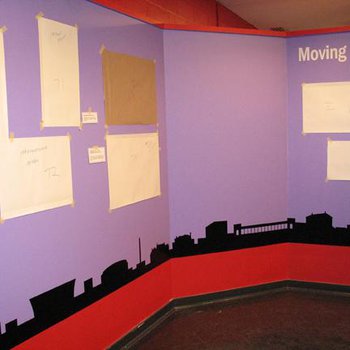 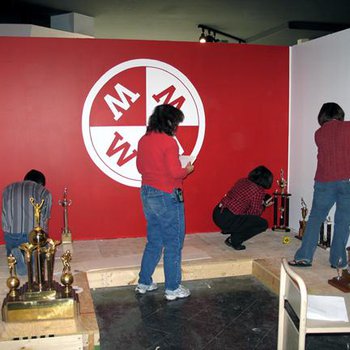 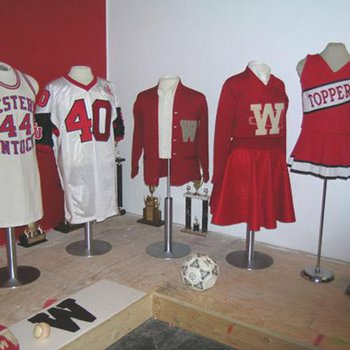 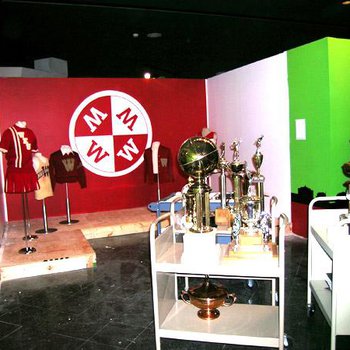 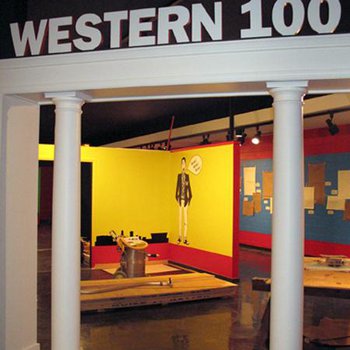 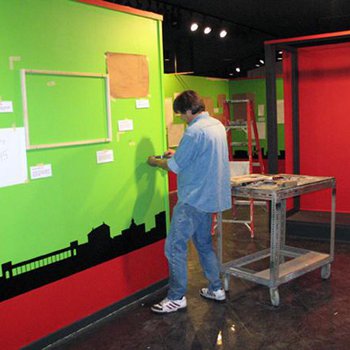 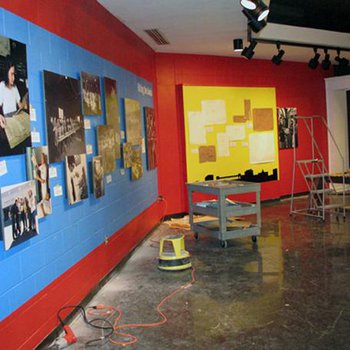 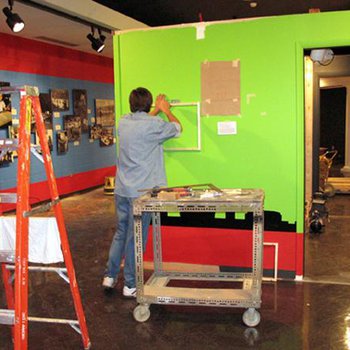 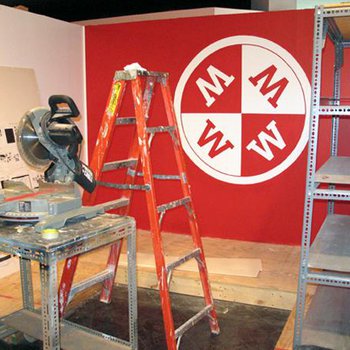 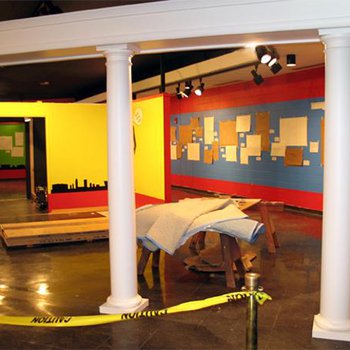 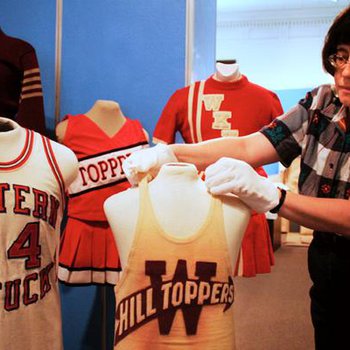 WKU celebrated it's centennial in 2006 and celebrated in many ways. This website documents the Western 100 exhibit and commemorative mural. In addition Western Kentucky University: The First 100 Years 1906-2006 was published.

From first setting foot upon a university campus, the student experience becomes wide and varied. The world opens up to them and finding classes, meeting professors, and making friends are only a part of campus life. This exhibit celebrated the 100-year anniversary of Western Kentucky University by presenting the many activities students encounter as they live their college life.

This exciting exhibit brought 100 years of student experiences to life at WKU through hundreds of historic photographs.

Dr. Cherry, Western's first president, greeted visitors at the colonnade as a student is dropped off at school in the 1930s.

The Rules of Student Behavior game was based on actual codes from the 1950s, and two dorm rooms from 1910 and the 1960s illustrated changes in student life.

Coach Diddle offered words of encouragement near a display of Hilltopper uniforms and trophies and a pictorial time line captured salient moments in the university's first 100 years.

"Celebrate The Spirit Mural" at the Helm Library was commissioned by the WKU Centennial Committee, Dean David Lee, Chairman.

The mural was made possible by support from the Dean of Libraries, Michael Binder. Special thanks goes to Alice Gatewood Waddell and Jayne Pelaski for their effort in the mural’s design and completion. Middle and High School students, local artists, Western Kentucky University students and staff all volunteered in painting the mural. The project was under the direction of Lynne Ferguson, Kentucky Library and Museum Artist In Residence.