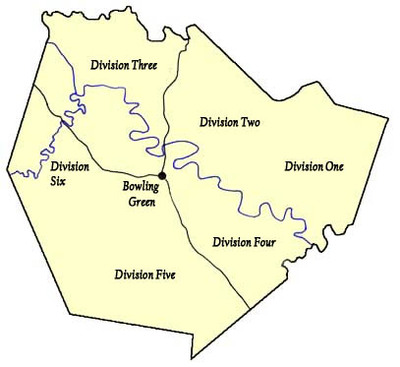 In 1855, the Kentucky Superintendent of Public Instruction John D. Matthews reported the census of Warren County's school-age children numbered 3,575. An average of 1,107 students attended the county's common schools that year. Of the 58 schools reporting, there was one five-month, one six-month and one seven-month school. Two four-month schools were in the count with the remaining 53 being in session for three months.

The 1869 Common School Report included four African American schools with 20 to 66 students attending. As the years progressed and the concept of consolidation became popular, "one-room schools" became a thing of the past as school boards constructed larger more modern buildings some of which housed grades 1-12.

The 1909-1918 and 1919-1928 Official Record Book of the County Superintendent contain details and photographs of Warren County's historic schoolhouses in the early 20th century. The school images found there generated an interest and desire to present these and others in a website entitled Historic Schools of Warren County, Kentucky.

The site is composed of the following parts: