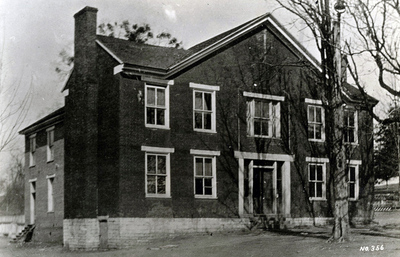 In 1876 A.W. Mell secured a state charter for the coeducational Glasgow Normal School. A number of business courses were offered in addition to the "common school courses." The common school was a part of the Normal until 1881-82 when the latter's growth allowed Mell to drop the public school. The business department was growing so rapidly that in 1882 J. Tom Williams, an 1877 graduate of Glasgow Normal, became head of that division and a partner in the enterprise. by the fall of 1883, over three hundred students were enrolled in the expanding institution.

But growth also brought problems, the most urgent being housing and feeding the students. When Glasgow citizens failed to provide the needed support, Mell and Williams moved to Bowling Green. The Glasgow Normal closed and became the Southern Normal School & Business College.

Learn more about the Glasgow Normal.