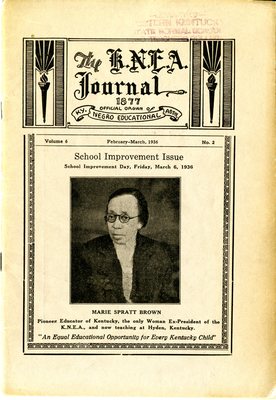 The Kentucky Negro Educational Association was originally formed in 1877 under the name Colored Teachers State Association. It became KNEA in 1913. This issue of the journal contains the following articles:

The items previously enumerated have taken us only part way up the ladder of progress - new rungs will have to be supplied.