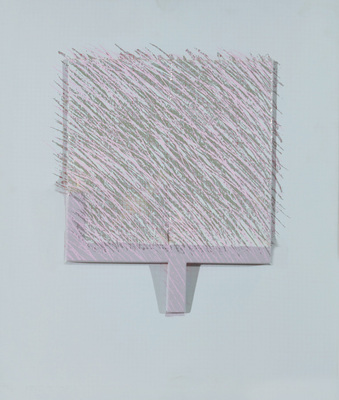 Note: Richard Smith's Logo Suite consists of 10 works screen printed on vacuum-formed plastic that were completed in 1971. "The formal ideas for Smith's vacuum-formed prints originated in 1969, although they were not published until 1971. The artist did three paintings on the same lines, but with a total of eight in mind, in Italy in the summer of 1969 for the Gallery dell Ariege, Milan. (Two of them still remain in its collection). Three of the prints repeat the same format as the original paintings. ... " - Tate Modern