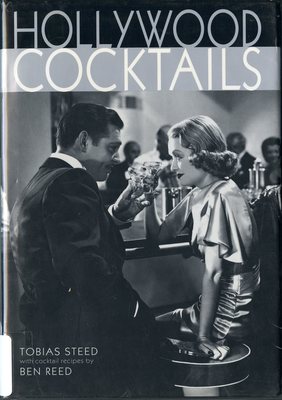 The three-Martini lunch had not yet become compulsory for the newspaper set when Clark Gable teamed up with Constance Bennett in After Office Hours, but the film may well have helped link the drink with the industry. In this MGM comedy, Gable - otherwise known as the "King of Hollywood" - plays the role of Jim Branch, a newspaper editor who becomes involved in trying to solve a murder mystery. Here, Branch and the paper's socialite reporter Sharon Norwood (Bennett) wet their lips with an after-hours Martini while discussing their next moves.

The debate over the origins of the Martini will rage as long as there are bars. While most often associated with vermouth-producer Martini & Rossi, many claim that Martini di Arma di Taggia, bartender at New York's Knickerbocker Hotel, mixed the first "dry" Martini in the late 19th century. What constitutes it remains hotly contested. Some bartenders prefer a dash of vermouth, others just whisper the name over the glass.

Add a couple of drops of vermouth into a mixing glass filled with ice; stir gently and strain out excess liquid, Add more ice, the gin and stir again. Wait until the mixing glass has frosted, then strain into a chilled Martini glass. Garnish with either a strip of lemon zest or a green olive. This drink can also be served over ice in a rocks glass.