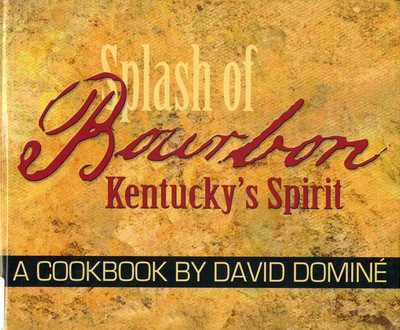 Like a fine wine, every bottle of Evan Williams Single Barrel Vintage Bourbon has a date telling exactly when it went into the oak barrel to age. Each year a new vintage hits the shelves in the best liquor shops in the country, and each year it is met with critical acclaim. It shines with the simple flavors of butter and vanilla in a timeless favorite like pound cake. I haven’t found a whiskey that doesn’t work well here, so experiment, and see which one becomes your favorite.

Beat together the butter and sugar in a large bowl using an electric mixer at medium-high speed until pale and fluffy. Add eggs, 1 at a time, beating well after each addition, then beat in vanilla. Reduce the speed to low and ad ½ of the flour, ½ of the buttermilk and bourbon, which have been mixed together. Add the remaining flour, salt and remaining buttermilk/bourbon mixture, mixing well after each addition. Scrape down sides of bowl, and beat at medium-high speed for 5 minutes so the batter becomes rich and satiny. Generously butter 2 loaf pans and dust with flour, knocking out the excess. Pour the batter into the pans and rap each pan against the work surface one or twice to remove any air bubbles. Place the pan on the middle rack in a cold oven and heat to 350 degrees. Bake until golden and a tooth pick inserted in middle comes out clean, about 1 hour. Cool cakes in the pans on a wire rack and run a thin knife around edges of the cake; invert pan and turn cake out onto rack to finish cooling.

Enjoy this buttery pound cake on Repeal Day. Conveniently located halfway between Thanksgiving and Christmas, Repeal Day presents a wonderful opportunity to get together with friends and celebrate the end of Prohibition. The ratification of the 18th Amendment on January 16, 1919 ushered in a dark period of American history that banned the sale or transportation of intoxicating liquors that would last until its repeal on December 5, 1933. Although proponents of Prohibition argued that this amendment would eliminate society’s ills, respect for the law actually diminished and crime ran rampant. In addition, producers of spirits, wine and beer were forced out of business. It was a sad day for Kentucky, and its bourbon distilleries had to cease production, unless they were one of the handful to receive an exemption from the government to produce whiskey for “medicinal” purposes. Repeal Day – a cause for celebration.

From Splash of Bourbon: Kentucky's Spirit, by David Dominé, 2010.