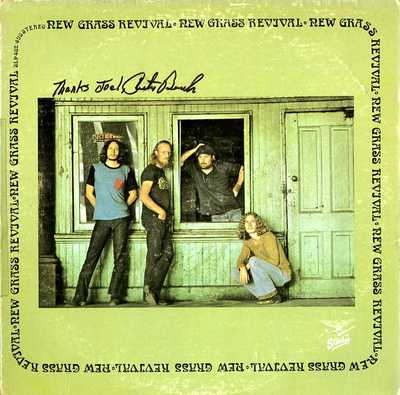 As the image on the cover conveys, New Grass Revival was no ordinary bluegrass band. Their self-titled debut album was released in 1972 when the group was composed of Sam Bush, Courtney Johnson, Curtis Burch and Ebo Walker.

The musical selections also show a new direction for bluegrass music or rather the use of traditional instruments applied to music from other genres including Jerry Lee Lewis' rock and roll classic Great Balls of Fire.

1. Pennies in My Pocket

10. With Care from Someone