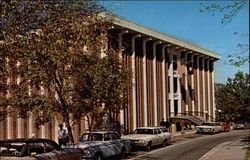 Using a feminist and cultural studies perspective, my project discusses the independent film industry and its treatment of women directors and female oriented narratives. It begins with a snapshot of male filmmakers' challenges and opportunities with a focus on Kelly Reichardt's career, definition of success, and specific model of filmmaking, with a brief comparison to other female filmmakers whose definitions are different and who have chosen a more commercial path. In addition to discussing industry data and feminist film theory, the body of the work focuses on Reichardt's feature films (one per chapter) framing each within her larger political statements. Reichardt's four features can be used as case studies to examine slow cinematic techniques, minimal ism, and neorealism as well as ecofeminism, socioeconomics, class, race, sexual orientation, masculinity studies, and feminist issues. In addition to scholarly research, my project offers pedagogical elements such as discussion questions, classroom activities, sample syllabi units and courses with the aim to increase student awareness and exposure to women in the industry and their films