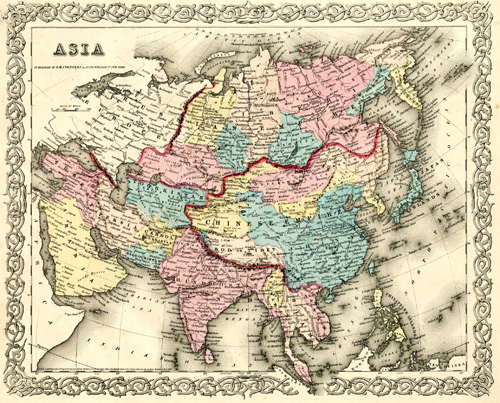 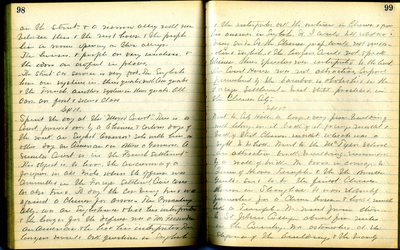 . . . . on the street & a narrow alley will run between this & the next house & the people live in rooms opening on these alleys. The houses & people are very modern & the odors are awful in places.

Spent the day at the “Mixed Court.” This is a Court presided over by a Chinese & certain days of the week and English “Assessor” sets with him on other days an American & on others a German. A similar Court is in the French settlement. The object is to have the concurrence of a foreigner in all trials when the offense was committed in the Foreign settlement, civil cases are also tried. Today the case being tried was against a Chinese for arson. The Prosecuting Atty. Was an Englishman & had his interpreter & the lawyer for the defense was a Mr. Fersender (?) an American & he had his interpreter. The lawyers would ask questions in English

& the interpreter ask the witness in Chinese & gave his answer in English So I could tell what was being said. As the Chinese judge could not understand English & the lawyers could not speak Chinese their speeches were interpreted to the Court. The Court House was not attractive. Corporal punishment by the bamboo is abolished in the Foreign settlement but still practiced in the Chinese city.

Went to City Hall a larger & very fine building with library in it back of it foreign market & back of that Chinese market which was a sight to behold. Went to the McTyeire school an attractive brick building surrounded by a wall of brick. Mr. Jones (?) is envoy (?) to Queen of heaven Temple & the the (?) Bosken (?) Guild. Said to be the finest Chinese house in Shanghai. It was elaborately furnished for a Chinese house & looked much like a Temple. We went from there to St. John’s College about five miles in the Country. Were astonished at the expense of the buildings & the beauty . . .