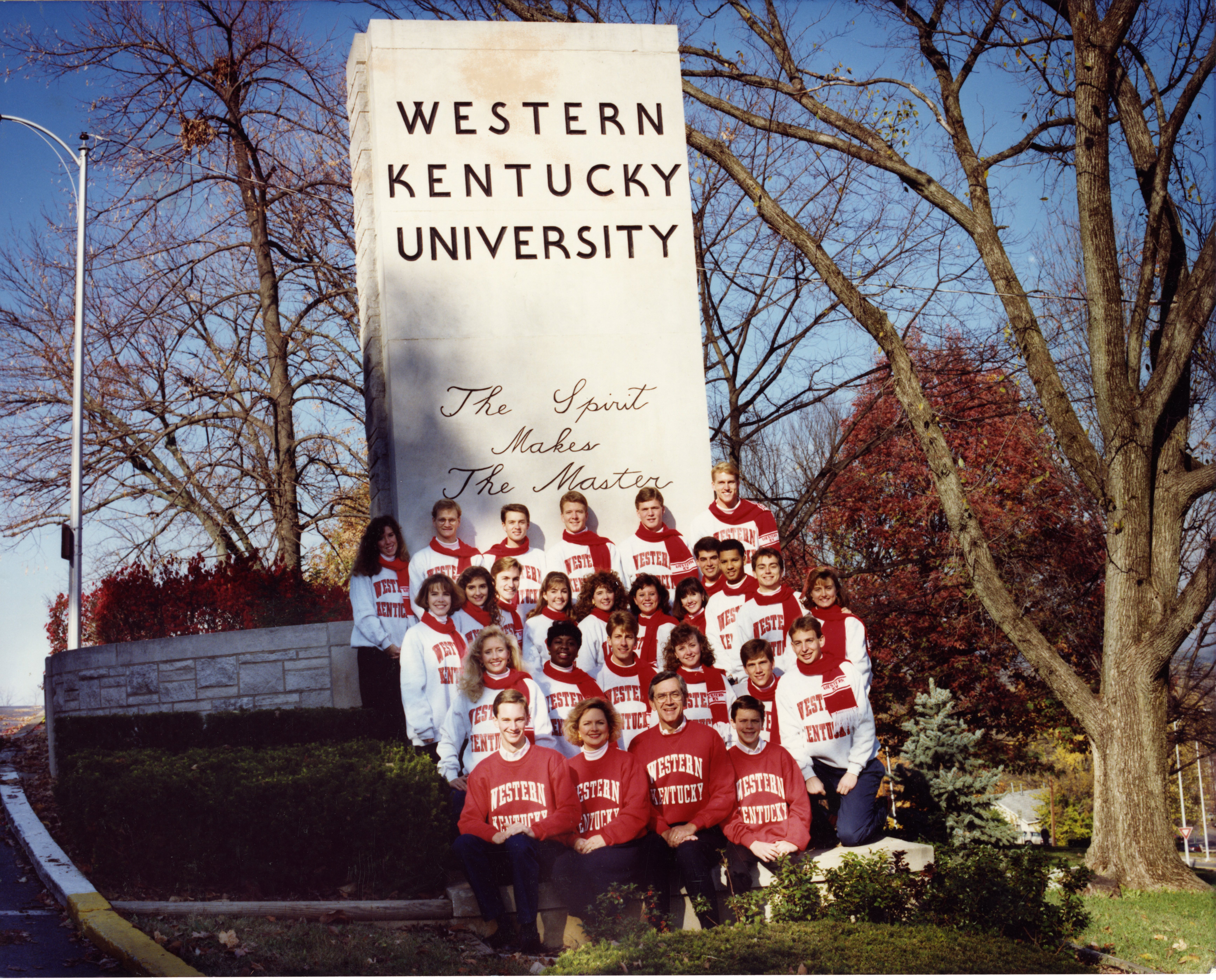 Handwritten meeting minutes of the Class of 1958 as freshmen. Transcription:

The Freshman Class of Western Kentucky State College met in special session following the Ogden Oratorical Contest in chapel on April 13, 1955. Vice-president Charles Roberts called the meeting to order and further stated that the purpose of the assembly was to discuss the voting of freshmen dues. Mr. Roberts asked for a show of hands in favor of the 25¢ dues. The vote showed unanimous approval.

The class adjourned following a few words from Mr. Cannon, our sponsor.