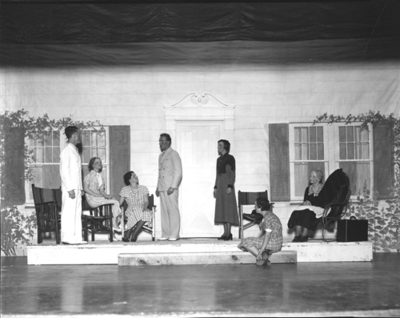 The club presented two major shows each year under the guidance of Dr. J. Reid Sterrett, but productions lapsed when he left for UK. The club was inactive from 1944 until 1947 when Russell Miller became the faculty advisor and director. Western Players produced multiple theatrical productions each year until 1969.

A summer theatre workshop was offered for the first time in 1956. The Summer Players subsequently produced multiple productions each summer through 1968.