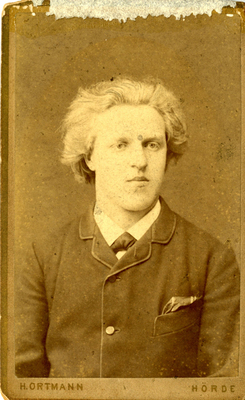 Franz Joseph Strahm was born May 14, 1867 in Freiburg, Germany. He studied piano under Franz Liszt before coming to the United States in 1891 to play in a Nashville orchestra and teach at the Nashville Conservatory of Music. He became director of Western's School of Music in 1910 and served until his death on June 26, 1941. During World War I Strahm published music under the pseudonym Franz J. Sadezky due to anti-German sentiment. Among his numerous compositions were the "Kentucky State Normal March" (1911) and the "B.G.B.U. March" (1919).