Editorial cartoons featured in the College Heights Herald from 1960 through 1969. The early cartoons are less editorial and more WKU student experience centric. As the decade wore on national events impacting students, such as the Vietnam War, were increasingly represented in the cartoonists' work. There is an amount of restraint, probably due to the suspension of the students in 1965 for creating an underground newspaper far more critical of WKU administration and U.S. government than the College Heights Herald could be. 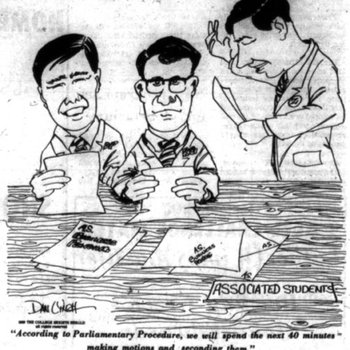 According to Parliamentary Procedure . . . 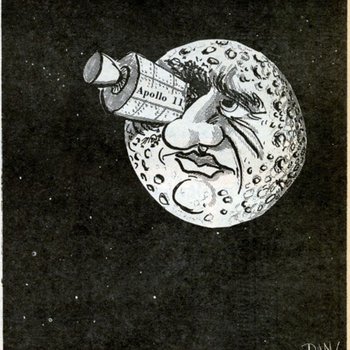 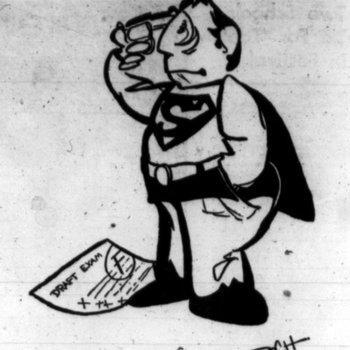 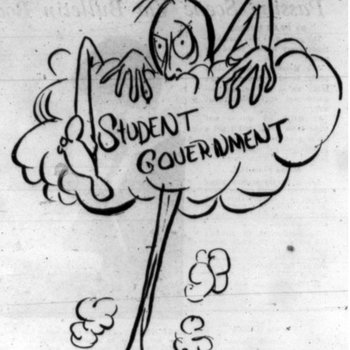 Our Feet Are High Off the Ground 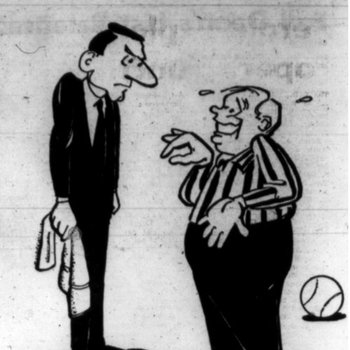 Well, Would You Believe a Little Bitty Foul? 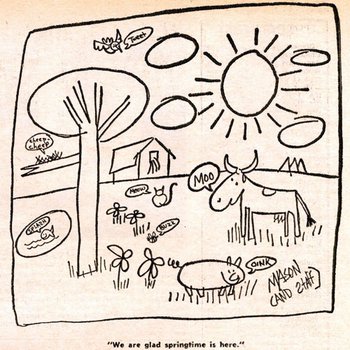 We Are Glad Springtime is Here 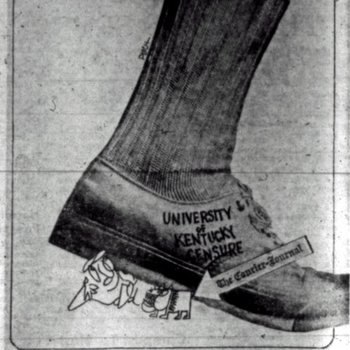 Well, At Least Call Off Your Dog! 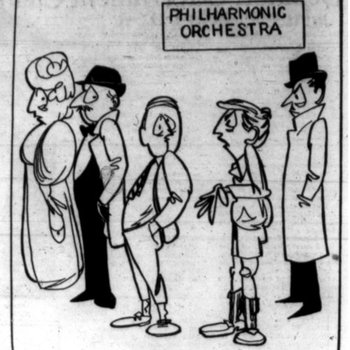 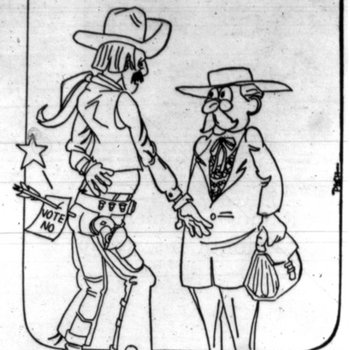 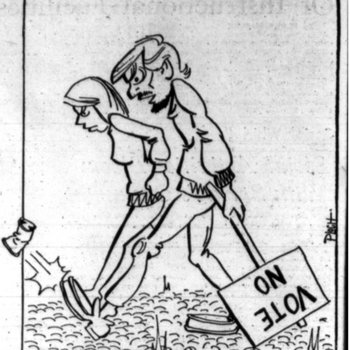 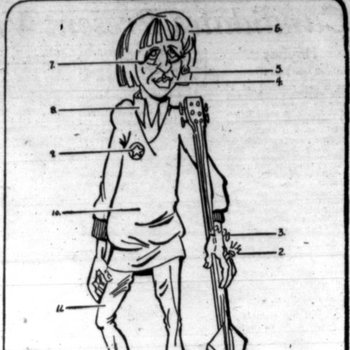 A Study in Culture 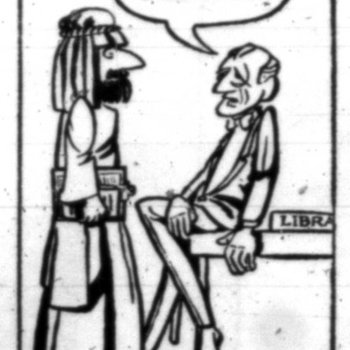 Tuck Your Shirt Tail In