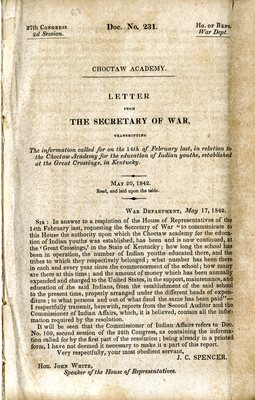 This report regarding the Choctaw Academy was completed and presented to the U.S. House of Representatives by J.C. Spencer, Secretary of War. It includes information regarding the number of students for each year since the opening and amount of money expended annually for their education.

It is made up of the following parts: