This centennial number of our Annual of Robert Penn Warren Studies, graced by memoirs by Rosanna and Gabriel Warren and a poetic tribute by Peter Davison, is strong on reminiscence, as it should be, but it also addresses the author’s present place in American letters, revisits major works, revises old understandings, suggests new questions and lines of inquiry, and introduces Warren scholars to a particularly valuable collection of primary materials that holds considerable promise for future investigations. Warren’s vibrant legacy as poet, novelist, playwright, editor, teacher, and cultural and literary critic is nothing less than a national treasure. A century after his birth, he continues to give us, scholars and lay readers alike, cause for celebration and gratitude.-- from the Editors' Foreward

Understanding Whittier; or, Warren in the Aftermath of Modernism
Mark Royden Winchell

Purity, Panic, and Pasiphaë in Brother to Dragons
John Burt 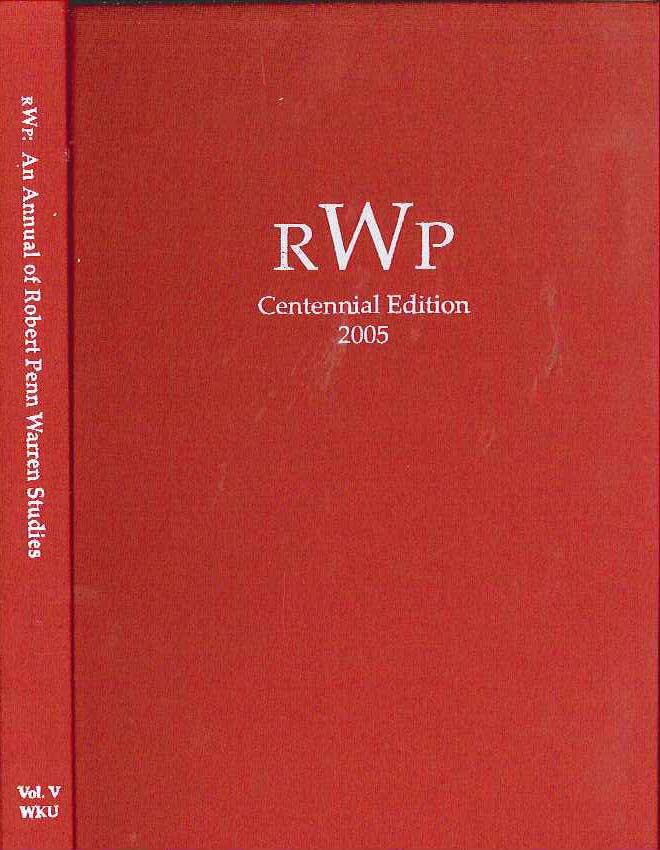