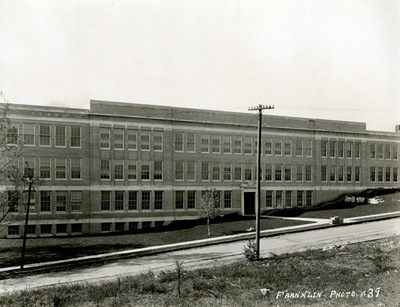 In 1920 the Training School was brought entirely under the control of Western, and from that time forward has had no connection with the Bowling Green City School system. When Western moved to the Potter College building in 1910, the Training School moved also. At first it taught only the primary grades but by this time it included up to the sixth grade.

In 1924 the Legislature gave to Western a special appropriation of $200,000 for capital outlay. This special appropriation was used in the construction of the Training School Building, which was complted in 1925 at a total cost of $243,678.34. The building was occupied in 1925. The Training School classes included from the primary grades through high school. This organization continued until 1969.

In 1969, the Training School was moved to a new building and became the Jones-Jaggers Laboratory School. It began with grades one through six and in 1972 a kindergarten and special education class were added to the program.

Excerpt from "History of the Jones-Jaggers Laboratory School," Feb. 15, 1971, no author.

1906 - Model School consisting of 1st to 4th grades created to give normal school students a place to get practical experience and allow professors to critique their work.

"In accepting the key as the president of this great institution I do it with a duty to sanctify it by hard work and study. Not a single mark mars this building, or any other building on Normal Heights. It is a privilege to work with this great student body." ~ Henry Hardin Cherry

2010 - Re-dedication of Science & Technology Hall as the College High Building.