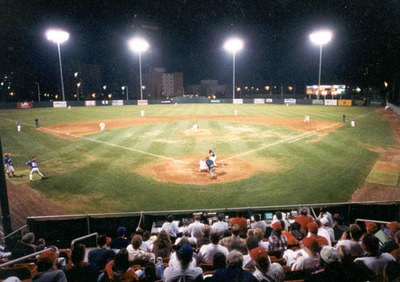 Namesakes: Nick Denes served WKU as baseball and football coach from 1957 to 1967.

History: The WKU Board of Regents approved the naming of the baseball field in honor of Nick Denes on July 8, 1969.