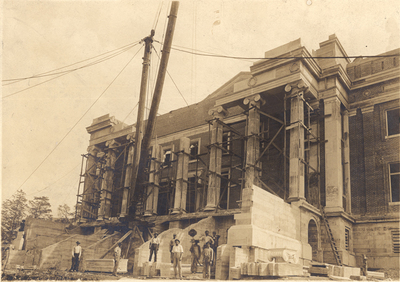 The cornerstone for the second Van Meter Hall was set on February 26, 1910. Inside were placed a school catalog, a list of students and alumni and an issue of The Elevator.

The current Van Meter Hall is the second so named in WKU's history. It was dedicated on Friday, May 5, 1911, The building as first built had an auditorium with a seating capacity of 2,000 wherein WKU students attended chapel daily. Van Meter also contained classrooms, a library and administration offices.