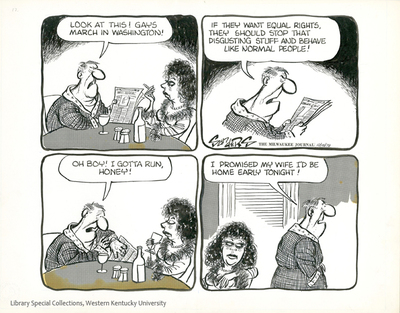 Tens of thousands of Americans participated in the National March on Washington for Gay and Lesbian Rights held on October 14, 1979. March organizers announced five demands:

Protect gay and lesbian youth from any laws used to discriminate against, oppose and/or harass them in their homes, schools, jobs and social environments.