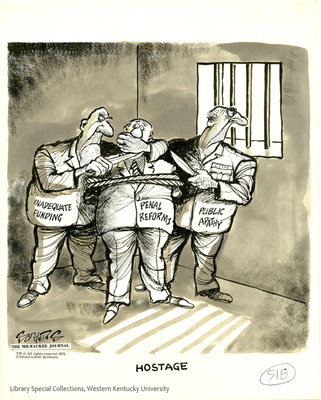 On September 9, 1971, more than 1,000 prisoners at the Attica State Correctional Facility in New York rioted over prison conditions, taking 42 guards and civilian employees hostage. Their demands included religious freedom, no censorship of reading material, access to adequate drug abuse counseling, less cell time, and improved recreational facilities. New York Commissioner of Correctional Services Russell G. Oswald agreed to 28 of their demands but ultimately ordered the retaking of the prison by force. When the riot was over, the death toll stood at nine hostages and 33 prisoners; one hostage later died from his injuries. Reactions to the riot and the brutal methods used to end it were mixed, with many officials voicing concern over prison conditions in America. The day after the standoff ended, Attorney General John Mitchell announced plans for a national conference on correctional reform.