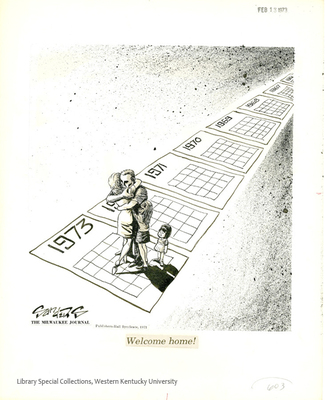 On January 27, 1973, the United States signed a ceasefire that led to prisoner exchanges and the end of official U.S. military involvement in the Vietnam War. The North Vietnamese and Vietcong listed the number of American POWs at 592, and on February 12, released 142 U.S. prisoners as part of the first handover. Dubbed Operation Homecoming, the repatriation process began with the signing of the ceasefire in Paris and was to be completed in phases over a sixty-day period that corresponded to the withdrawal of American troops.