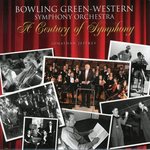 Written to celebrate the 100th anniversary of the founding of the Bowling Green-Western Symphony Orchestra, this book highlights significant events in the organization’s evolution. Jeffrey places particular emphasis on the orchestra’s leadership, chiefly its conductors, beginning with the affable Franz Strahm and ending in the anniversary year with Bill Scott. In 2008, the League of American Orchestras listed only 30 orchestras in the U.S. which had reached one hundred years of age. The BGWSO was the only one in the Commonwealth of Kentucky to reach that elite status. This book celebrates the BGWSO’s mission to: “advance music literacy through performances and educational programs, to provide a symphony orchestra of the highest quality, and to be a focus for musical excellence.”

Jonathan Jeffrey, is the Department Head for the Department of Library Special Collections and the Manuscripts & Folklife Archives Coordinator. He is responsible for managing the department and for acquiring, accessioning, cataloging, and providing reference services for unique manuscript items as well as folklore collections.