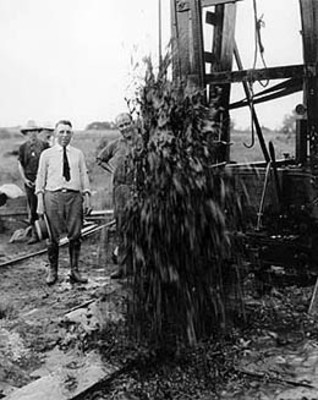 Reports of oil in Warren County date from the late 1700s. An early account stated that an oily scum was discovered on the surface of Oil Spring near Drakes Creek. The heyday of oil drilling occurred from the late 1910s to the early 1920s with the discovery of the Davenport and Moulder Pools. In the ensuing frenzy, the population of Bowling Green swelled briefly. Oil exploration has continued sporadically since with several "boomlets" in production.