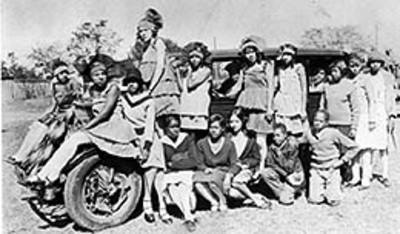 In 1886 Reverend Henry Carpenter was principal and teacher at the Cox Spring School, one of the first schools for black children in Warren County. Though the name changed to Delafield Colored School it was generally known as the "Carpenter School." In 1923, with aid from philanthropist Julius Rosenwald, a modern school building replaced the original one-room structure. In the 1920s, two other "Rosenwald schools"were built in Warren County; one in Bristow and another in Rockfield.