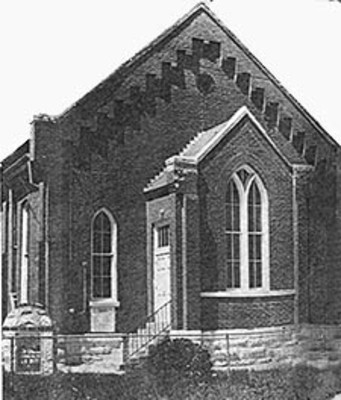 African-Americans worshipped with whites prior to the Civil War but were relegated to segregated areas in the sanctuary. One early black Bowling Green church was the African Baptist Church. Formed in 1838, the congregation bought land and built a meetinghouse in 1844. In 1872 the name was changed to the First Colored Baptist Church. Fire destroyed its 1873 structure in 1898. Two years later the group constructed the present building at Fourth and State streets. Today the church is known as State Street Baptist.

Originally built as a mission for the First Baptist Church, this structure, constructed in 1890, was purchased by the African-American congregation of the New Bethel Baptist Church around the turn of the twentieth century. Henry David Carpenter served as pastor of New Bethel and educator to Warren County's black children.