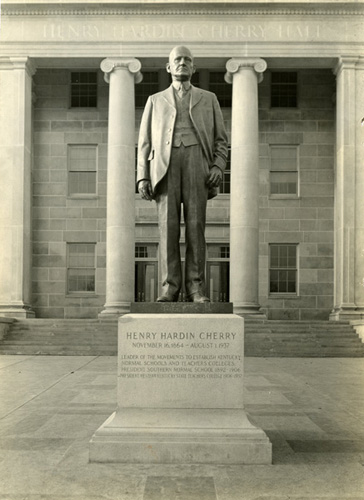 Link to Item in TopScholar

Address made by Henry Cherry, president Western Kentucky State Normal School on accepting the permanent chairmanship of the state democratic convention published in the 1915 Democratic Campaign Book. This was included in the time capsule to show Cherry's interest in politics. He twice resigned as president of the university in order to run for governor.