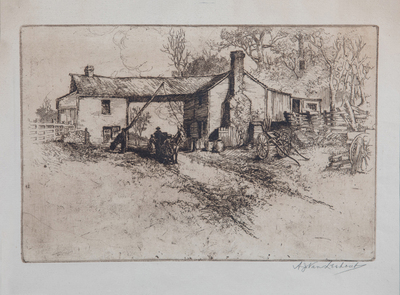 Alexander Van Leshout was a Louisville artist and teacher in the Louisville Conservatory of Music and Art. Came to Louisville in 1913 working as a staff artist for Louisville Times. Established the Louisville School of Art in 1918. Member of Louisville's Wonderland Way Art Club, Southern States Art League, affiliated with the Philadelphia Art Alliance, Philadelphia Print Club and the Chicago Society of Etchers. His work was exhibited at the National Print Club of New York.