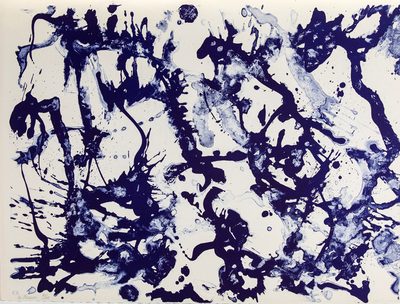 Note: American abstract expressionist painter Lenore "Lee" Krasner was also known for her work in collage, In 1935 she became a mural painter for the Works Progress Administration, the Depression-era public art project. Beginning in 1937, she studied with teacher and artist Hans Hofmann. Three years later, she joined the American Abstract Artists group. She became involved with painter Jackson Pollack in the early 1940s and married him in 1945. Her career was intertwined with his work until and after his death in 1958.