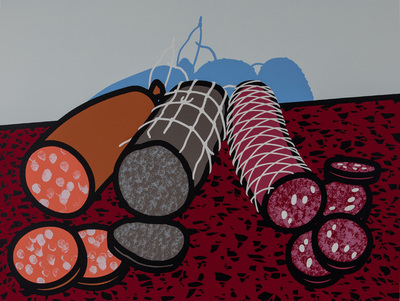 "Three Sausages" screenprint, ed. 65/75. Brown, dark gray and orange sausages and slices, all outlined in black against a brown textured field of color.