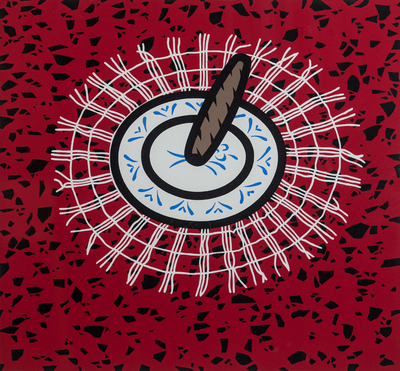 "Cigar," screenprint, ed. 26/75. Note: Part of the "New Generation" of 1960s British Pop and abstract artists, this English painter and printmaker was known for his bold graphic style. A member of the Royal Academy, Caulfield was nominated for the Turner Prize and named a Commander of the Order of the British Empire. The Tate Modern in London owns this print. Acquired with the assistance of the Martin S. Ackerman Foundation.