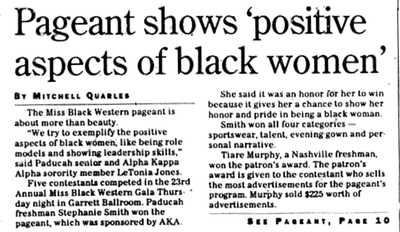 First part of article published in the College Heights Herald:

The Miss Black Western is about more than beauty.

She said it was an honor for her to win because it gives her a chance to show her honor and pride in being a black woman.