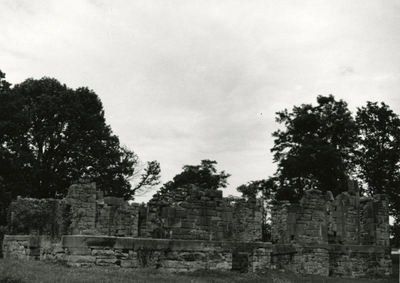 A tavern began operation at this location sometime during the late 1820s and was originally known as Three Forks. By 1822, William Belle owned and operated the tavern as a stagecoach stop on the Louisville-Nashville Road and was one of the first promoters of Mammoth Cave. The original brick tavern burned in the late 1850s. William Belle's grandson William F. Belle began construction on this grander tavern but never finished due to economic conditions of the 1890s.