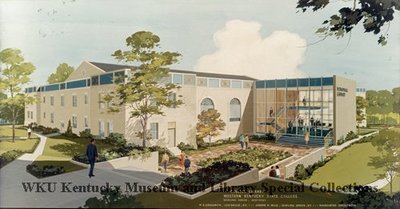 The first library "on the hill" was housed in the old dining room of Potter Hall through 1923 when it was moved into the Cedar House aka Faculty House. In 1927 the library moved into the newly constructed Gordon Wilson Hall where it remained until 1965 when the gymnasium was renovated and became Margie Helm Library. To cope with the library's continued growth, the Cravens Graduate Center & Library was built in 1970.