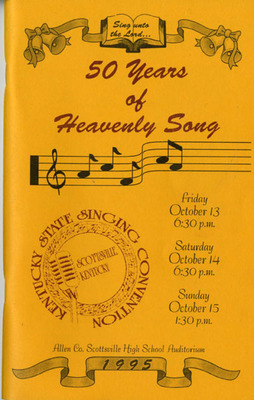 The Convention is one of the oldest of its type in the country. It was formed April 20, 1946 at a meeting held at the Glasgow armory. Its primary purpose is the promotion of gospel music. The Board jputs on an singing convention somewhere in the state of Kentucky each year. All proceeds go into a fund to promote the growth and development of the Convention.