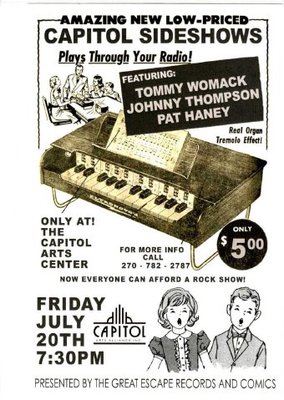 Womack was front man for Government Cheese for ten years and is now pursuing a solo career. See also "Tommy Womack: There I Said It!," by Don Thomason in the February 2007 issue of The Amplifier.

Pat Haney is an artist born in Edmonson County and raised in Bowling Green. He began writing songs while attending WKU. He has released several CDs of original work.