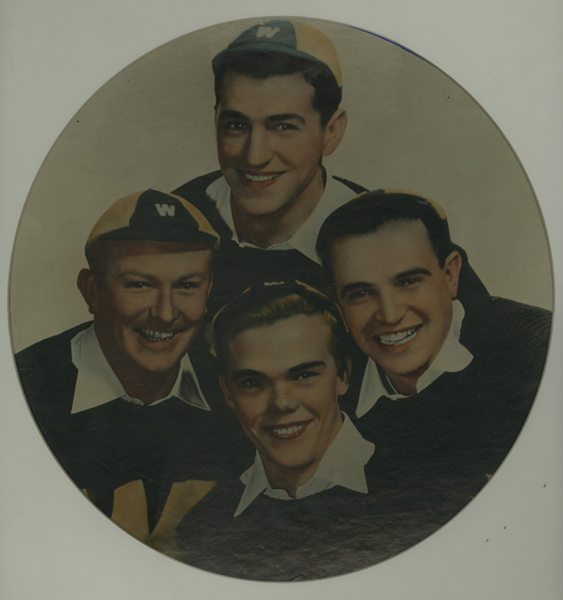 Distributed by Dot Records of Gallatin, Tennessee, Trying reached #7 on Billboard's best selling pop records list. On October 26, 1952, The Hilltoppers appeared on Ed Sullivan's nationally syndicated CBS television show, Toast of the Town. The Juke Box Operators of America voted The Hilltoppers the best vocal combination of 1953 in a Cash Box magazine poll. In March 1954, P. S. I Love You became their first gold record. From 1952 to 1957, The Hilltoppers charted 19 hits on Billboard, half in the top 10.

Successful quartets of the 1950s not only recorded popular tunes, but they sang whenever given the opportunity, be it a national television guest appearance, a night club engagement, a radio deejays' program, a state fair or a store grand opening. The Hilltoppers managed their careers around military service for three of the four vocalists, canning music for release while Sacca was in the South Pacific and recruiting others to tour in McGuire and Spiegelman's place. Having given the group their start, Billy Vaughn turned his attention to his career as a composer and orchestra conductor with Eddie Crowe and later Doug Cordoza serving as his replacements.

National Fan Club President Bobbie Ann Mason and others encouraged their fellow teenagers to attend performances whenever possible, to request that local deejays play The Hilltoppers' last release, and to purchase each new record. Many 1950s American teenage couples chose a Hilltoppers' ballad as "our song." From its beginning at Western, The Hilltoppers' music will forever exemplify the sounds of a wonderful period in American music.