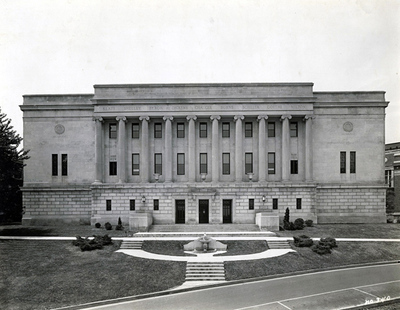 Namesake:
Alexander Gordon Wilson, Sr. (1888-1970) was born in Calloway County, Kentucky. At 18, he enrolled at Clinton College in Clinton, Kentucky and after graduating he began teaching. In 1908, after being "dissatisfied with his limited training," he came to Bowling Green and enrolled in the Western Kentucky State Normal School. In 1912, he was asked to teach a few classes in English and Latin remaining until 1959. Wilson received his A.B. in 1919 from Indiana University, his M.A. in 1924 and his Ph.D. in 1930. He was a well-known folklorist and an English professor. In 1928 he became head for the English Department and remained there for 31 years until his retirement in 1959. Also in 1959, the "Gordon Wilson English Award" was established.