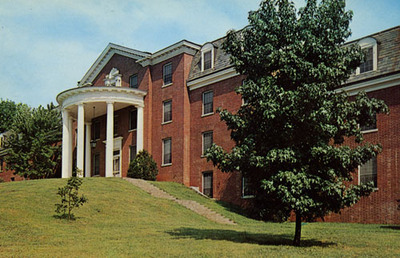 Architects - John Wilson of Lexington and Maurice Ingram of Louisville

Namesake - Miss Mattie McLean served 43 years as a secretary to the Western presidents Cherry and Garrett and also as a secretary to the Board of Regents. She graduated from the old State Normal School in 1902 and immediately became secretary to Dr. Cherry until his death in 1937. Miss McLean retired in 1945 and died December 8, 1954 in Mississippi from a stroke.

History - The three story dormitory housed 160 girls with 90 rooms. It also had reception space and social room, and complete laundry facilities. At the time, it was one of two female dorms. No dedication of building date found.

2000 - 147 rooms to 126, rooms were made into suites. Most rooms housed two students and had private baths. The dorm was also made co-ed at that time. Kitchens were put on each floor.