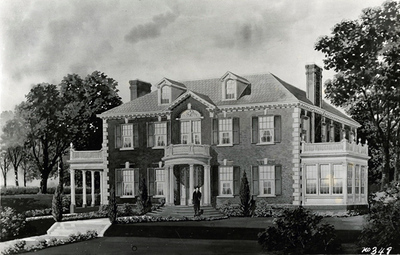 History - The building was a three story Federal-style brick building that was first built as a president’s home. WKU's first three presidents Henry Cherry, Paul Garrett and Kelly Thompson lived in the house. In 1966, Kelly Thompson moved to a different residence and the Alumni and Placement Office moved into the building.

Upon completion of the Augenstein Alumni Center in 2013 the Alumni Relations, Placement, Advancement Services & WKU Foundation offices moved out of the Craig Alumni House. Craig Alumni underwent renovations through 2014 and reopened as the Craig Administrative Building. President Gary Ransdell moved his office to the refurbished building in 2015.

Additions:
1937 - redocorating
1956 - sun porch at the back of the house was converted into a family room
1960 - renovations; closed the back entrance and a fire escape from the third floor
1979 - new home was renovated
1984 - renovation of downstairs rooms; repaired the exterior and interior
2014 - renovation