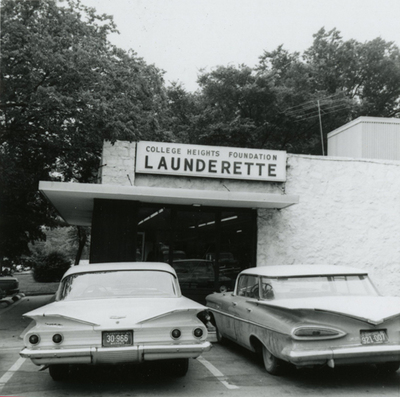 The washeteria located on Dogwood Drive opened in 1961. It contained 20 washers and 8 dryers. It was mainly used by Western students. At the time, the launderette was thought to be the only coin-fed center in the country that was specifically for and operated by a college. After a while, the facility became so crowded that tables were set up for studying, vending machines were added, as well as a hair dryer. The College Heights Foundation financed the project. The launderette was dedicated on Jan. 8, 1962 and closed in 1992 as laundry facilities were included in residence halls.