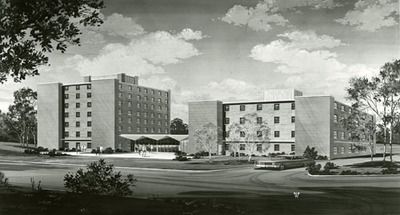 Namesake - The building was named after Douglas Keen who was a member of the Board of Regents from 1958-1970.

History - A split level residence with a seven story wing containing 130 rooms while a four story wing includes 79 rooms. In the middle of the two wings, there is a lobby and a lounge.