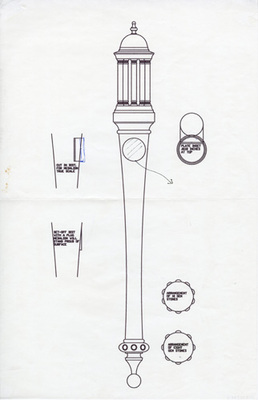 WKU mace dedicated. It was designed by John Warren Oakes and crafted by Terry Leeper and Frank Pittman. The mace contains several elements that are symbolic of WKU's history. Hand-carved from Kentucky cherry, the top portion represents the lantern dome of Cherry Hall and is a tribute to founder Henry Cherry. The WKU seal and carved bands around the shaft include significant dates in the school's history. Gems embedded in the lower portion represent the colors of the academic disciplines offered by WKU. The round ball at the base is symbolic of WKU's alumni around the world.