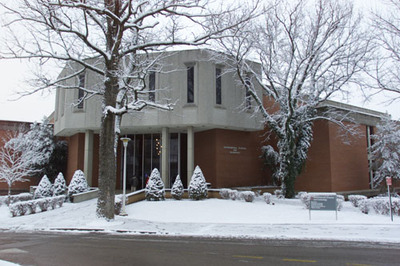 The building was constructed near the Ogden College science complex as part of the "ten-year master plan" developed by Dero Downing to house the departments of Agriculture, Geography and Geology, Industrial Education and Technology and the environmental programs of Engineering Technology.