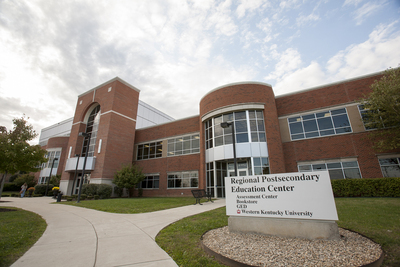 In 1964, WKU began to offer classes in Elizabethtown. Graduate classes for teachers and school administrators were held evenings and weekends in local high schools, allowing them to complete masters degrees without driving to other cities. In the 1970s, WKU began offering classes at Elizabethtown Community College and expanded the number of offerings. In 1976, WKU entered into an agreement with the Army Continuing Education System to provide classes at Fort Knox, and continues to provide classes there now. In 2002, the Central Regional Postsecondary Education Center opened on the Elizabethtown Community and Technical College Campus, with WKU as a partner school providing programs in this facility. In response to the Base Realignment and Closure Act of 2005, resulting in new missions assigned to Fort Knox, the WKU Radcliff Regional Education and Development Center opened in 2008. Today, WKU provides classes in these three locations in Hardin County: the Regional Postsecondary Education Center on the ECTC Campus, the WKU Radcliff Center, and at the Fort Knox Education Center.